In Vaishnavism around 5000 years back there were gurus called Alwars. There were 12 gurus called Alwars who visited all 106 holy places. Alwars visited each place and they composed songs in the praise of the lord which are familiar as Naalayiram divya prabandham in Tamil language. The meaning of “Naalayiram” Tamil word indicates the number 4000 pasurams. Based on these pasurams Divya Desams were identified that are around the country in India. Out Of the 108 temples, 105 are in India, one is in Nepal, and last two are outside the Earthly realms.The last two are,Tirupalkaddal is the ocean of milk and paramapadam is the Vaikuntha where Lord Vishnu presides.

With the seeded thought to build Bhadradri Sri Rama temple in  USA, guruvugaru continued his journey and it was the auspicious Friday of 15th April 2016, the occasion of Sri Rama Navami, at Bhadrachalam in southern India, when the Lord Sri Sita Ramachandra Swamy’s Kalyanam would be performed with grace and grandeur every year. Our revered temple priest Sri Archakam Padmanabha Acharyulu, who reached Bhadrachalam, to collect the divine Idols of Sri Bhadradri Sita Rama Parivaram (for the upcoming temple in Cumming,GA, USA), was blessed with a rare divine thought of visiting all the Divya Desams (The self-incarnated places of Lord Sri Mahavishnu) in India and Nepal, carrying the divine idols and getting the holy-prayers done to them.

The divine thought culminated into action with the accompaniment of 9 Vedic Priests to all these 106 Divya Desams (105 in India and one in Nepal) which are reachable with humanly body and considered a successful 108 Divya Desa yatra, since the other two Divya Desams are none other than the Lord’s own Celestial abode of Vaikuntam and Ocean of Milk (Palasamudram) which are not reachable within one’s lifetime. The journey to the Divya Desams along with the idols of Lord Sri Rama Chandra Moorthy accompanied by Goddess Sita Mahalakshmi, Lord Lakshmana, Lord Hanuman, Lord Garuda stretched for a period of around 48 days between April, 2016 and June, 2016.

About 250 devotees from USA, India and Philippines participated in the virtual journey to the Divya Desams along with the Divine Idols of the lord, and received the Darshan and blessings of the various Divya Desams every day with the help of a well-coordinated WhatsApp group maintained and monitored by the revered priest himself. By the end of the Divine Yatra, everyone was truly blessed, when the map connecting the 106 Divya Desams in the same order of their visit, outlined into the shape of the Lord Sri Rama holding his Divine Bow on one hand and standing in a posture of serene composure. This finally proved that the divine thought and the complicated journey was actually the Sankalpam of the Lord himself and blessed our priest to be a part of this act. 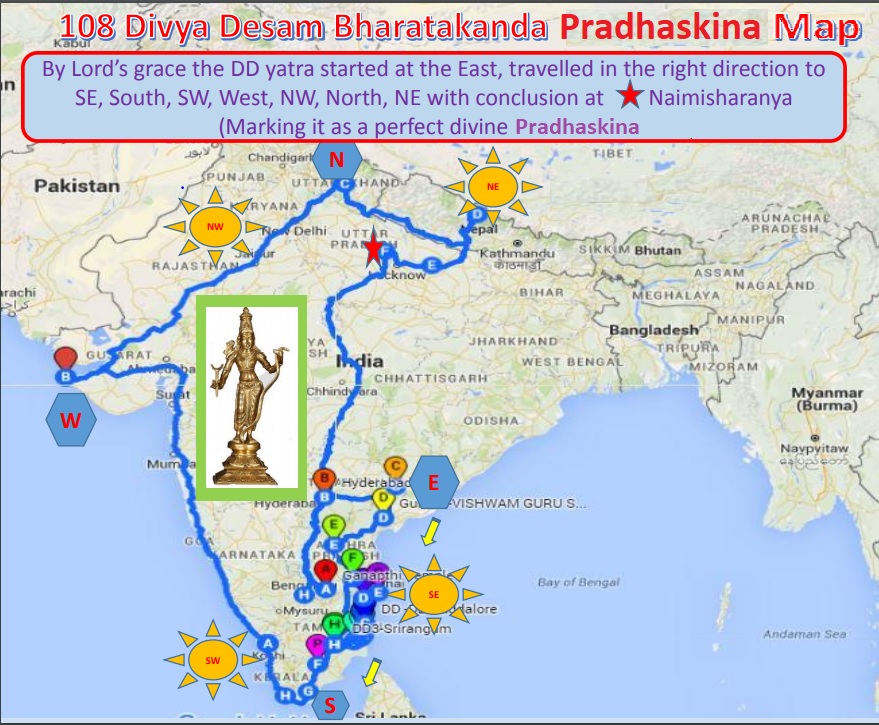 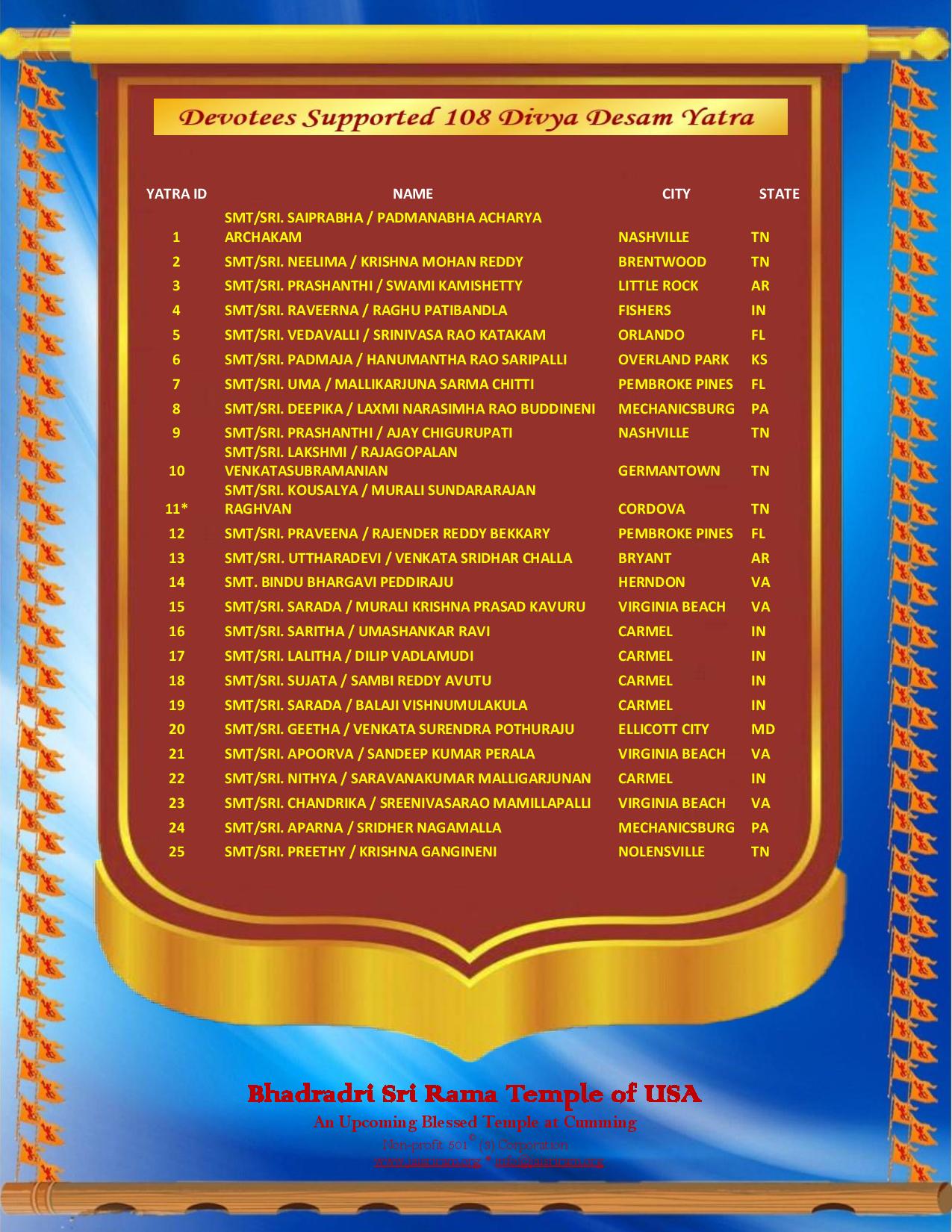 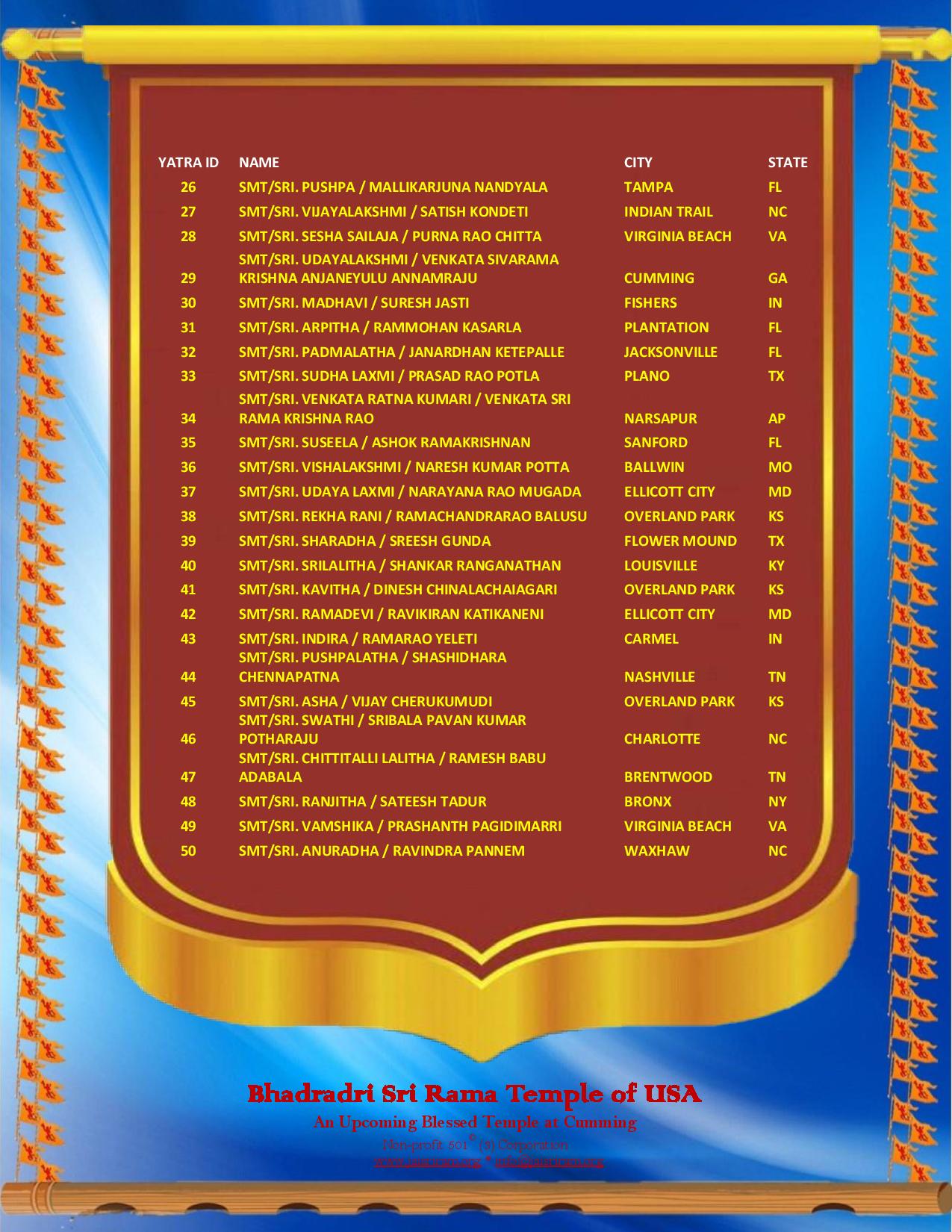 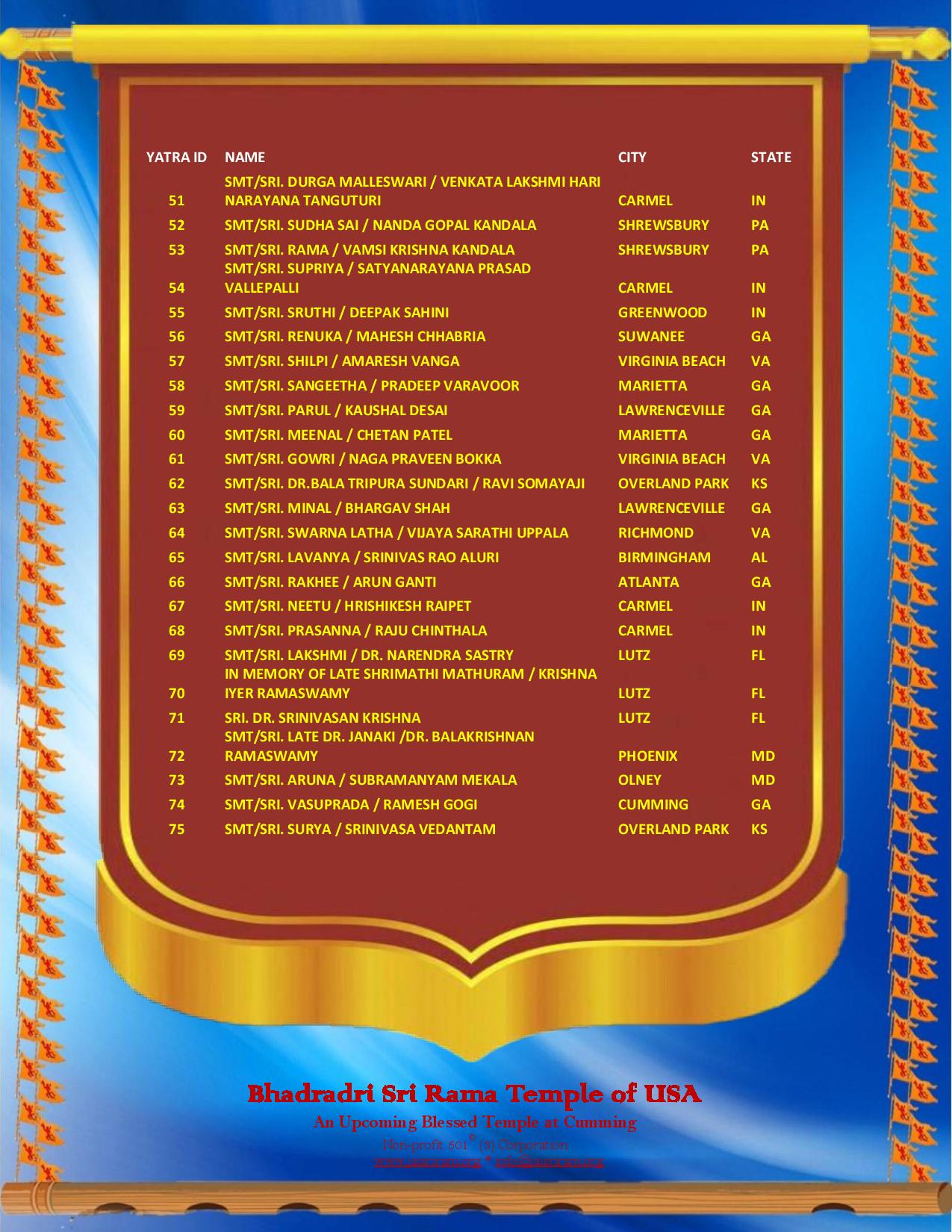 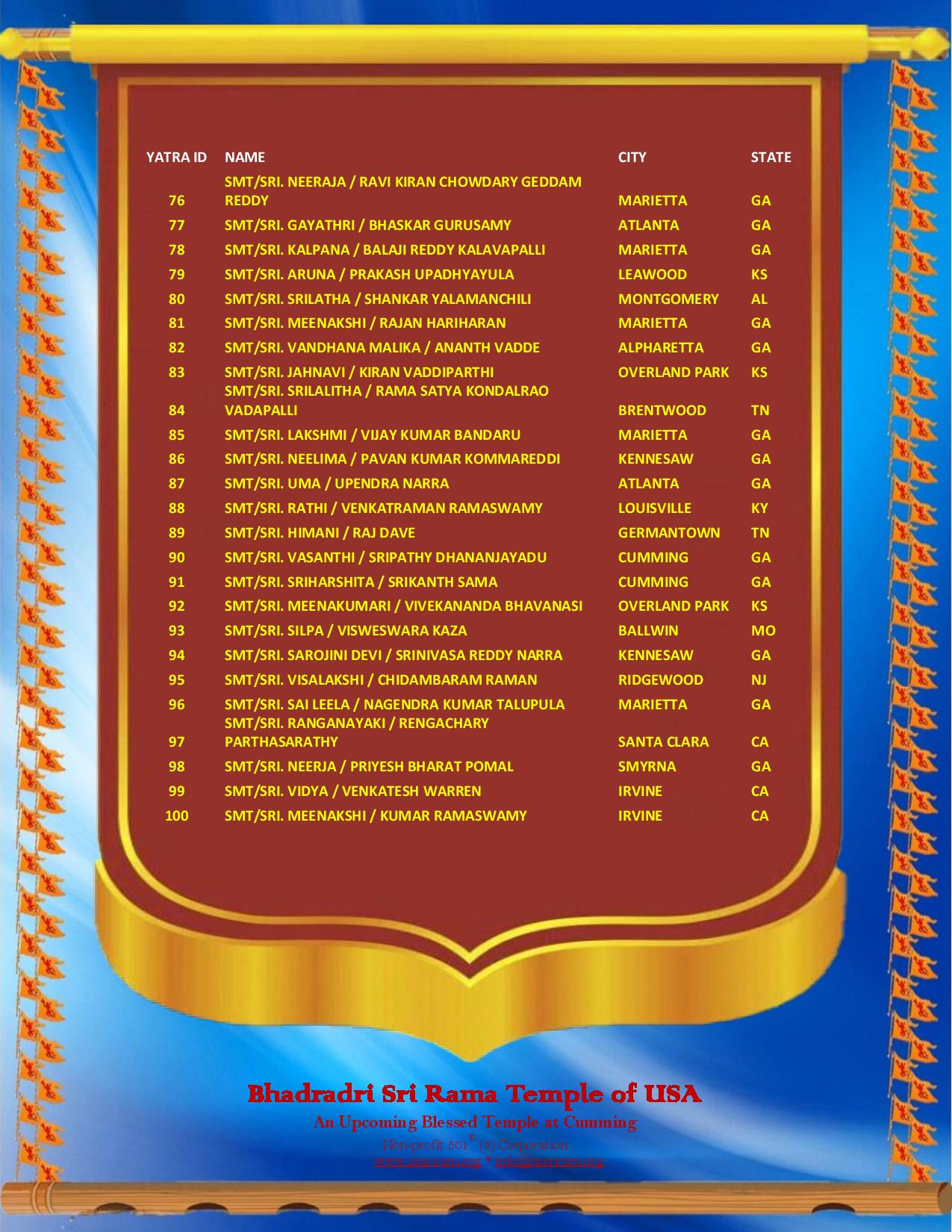 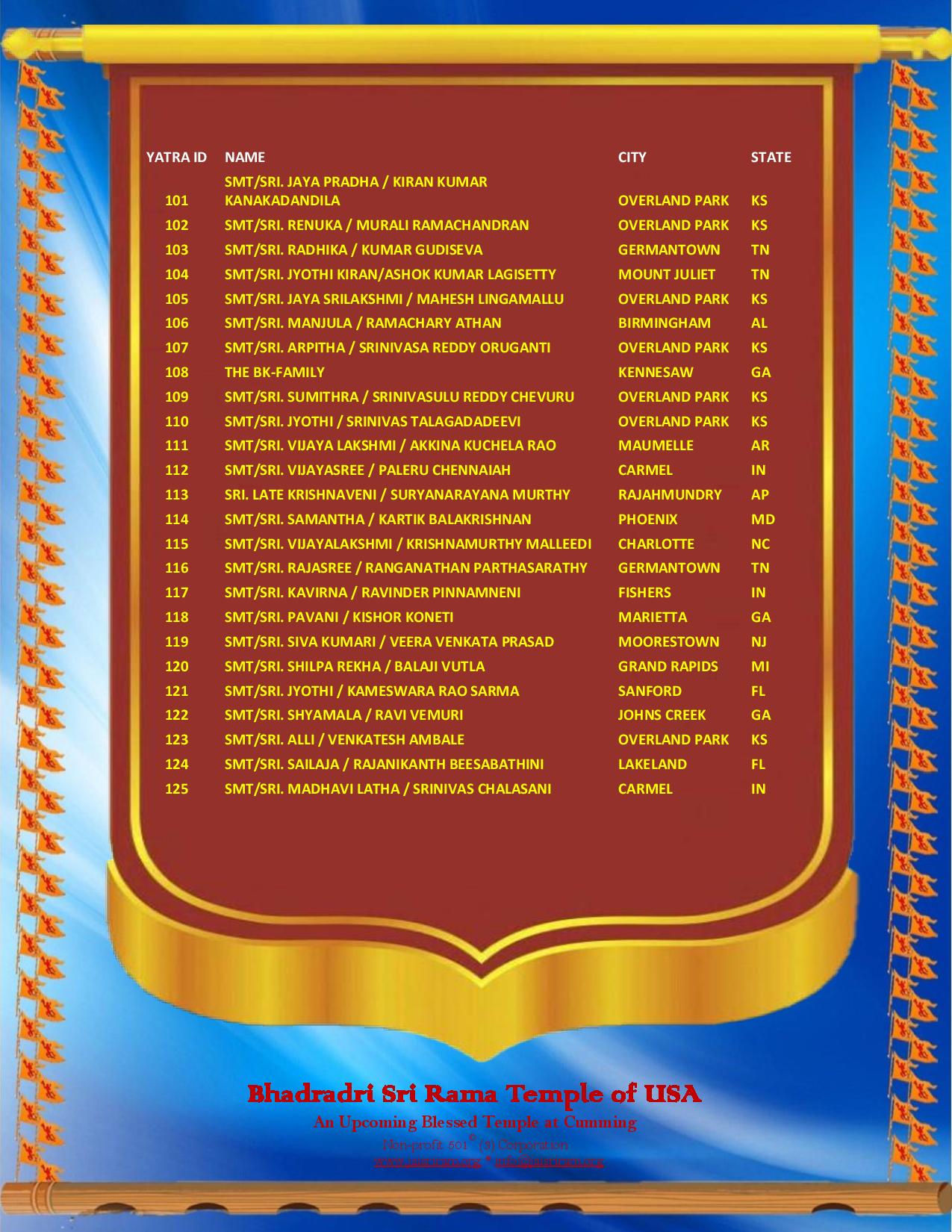 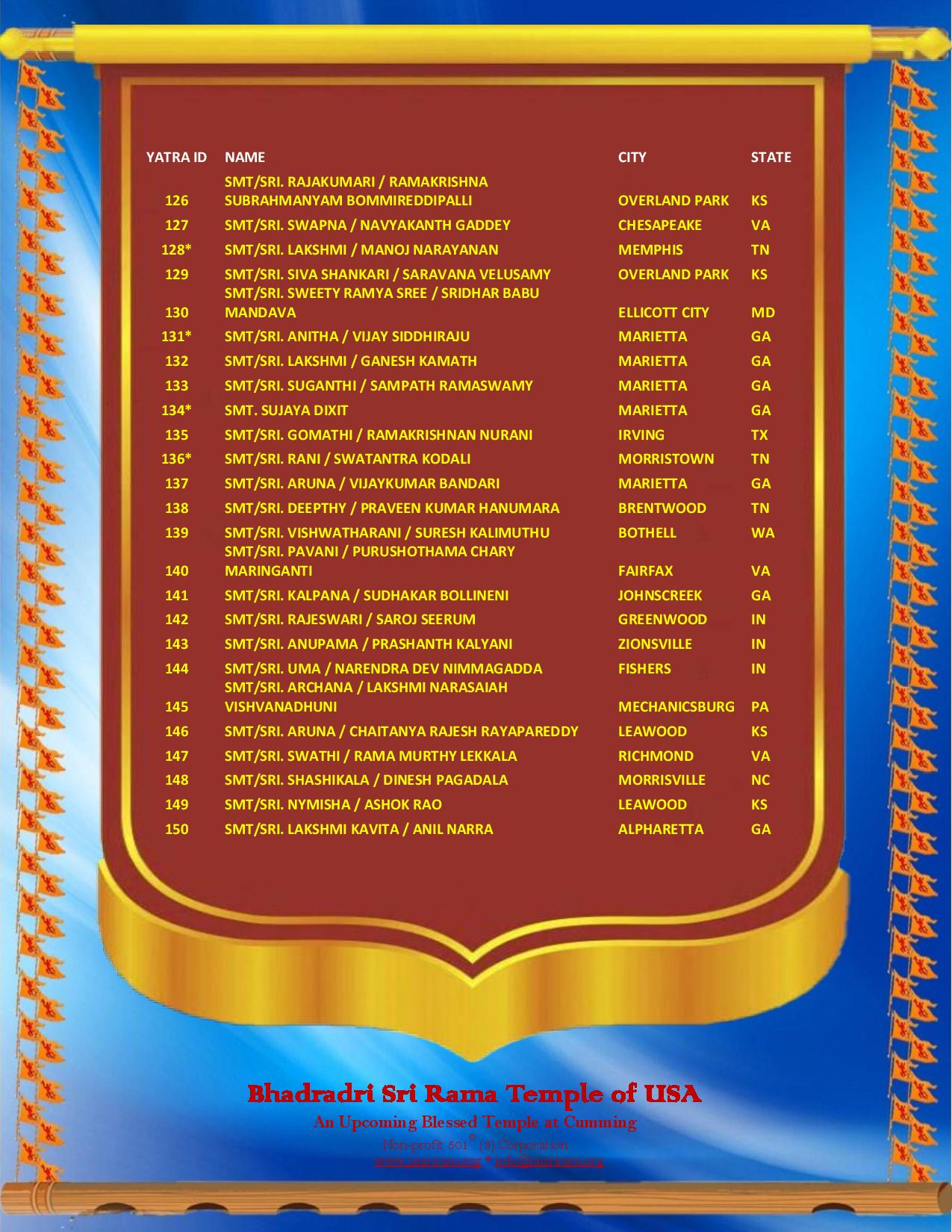 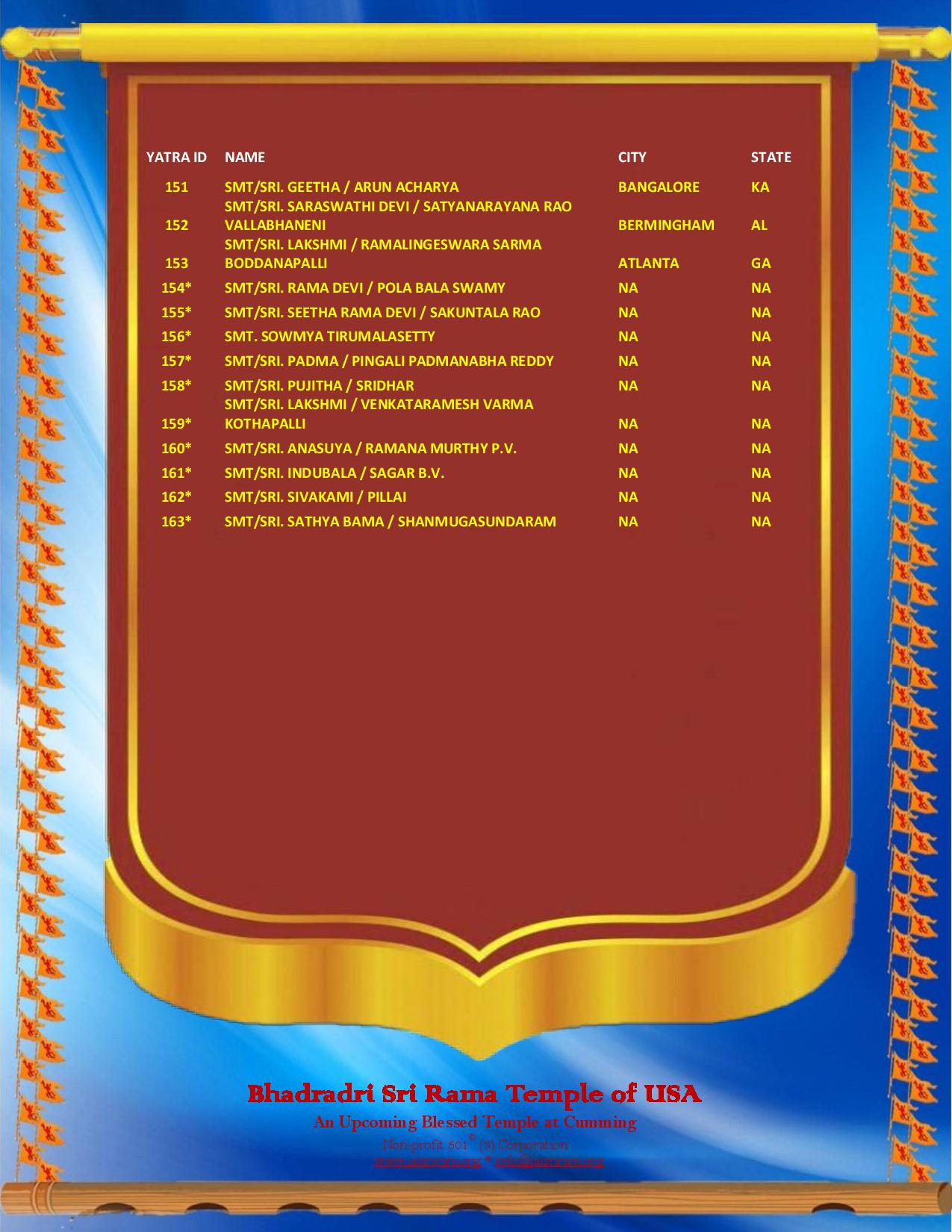